As I've started to dabble in iOS Shortcuts I've increasingly become annoyed that when a Shortcut is done, especially those that are turned into home screen shortcuts, you aren’t returned back to the home screen. When the shortcut is done you’re left in the Shortcut app.

After doing some research, I found a hint on Reddit. The trick is to use a launcher program (in this case it’s actually called Launcher1) to get you back to the home screen.

The idea is that you run your Shortcut and then trigger Launcher to default to a crashed condition. When that happens, Launcher will return to the home screen.

To do this, add the following two steps to your shortcut.

Now you can launch the Shortcut, and when it’s completed, you will be returned you back to the home screen. Here’s an example Shortcut that with a single button texts my wife when I leave work. 2 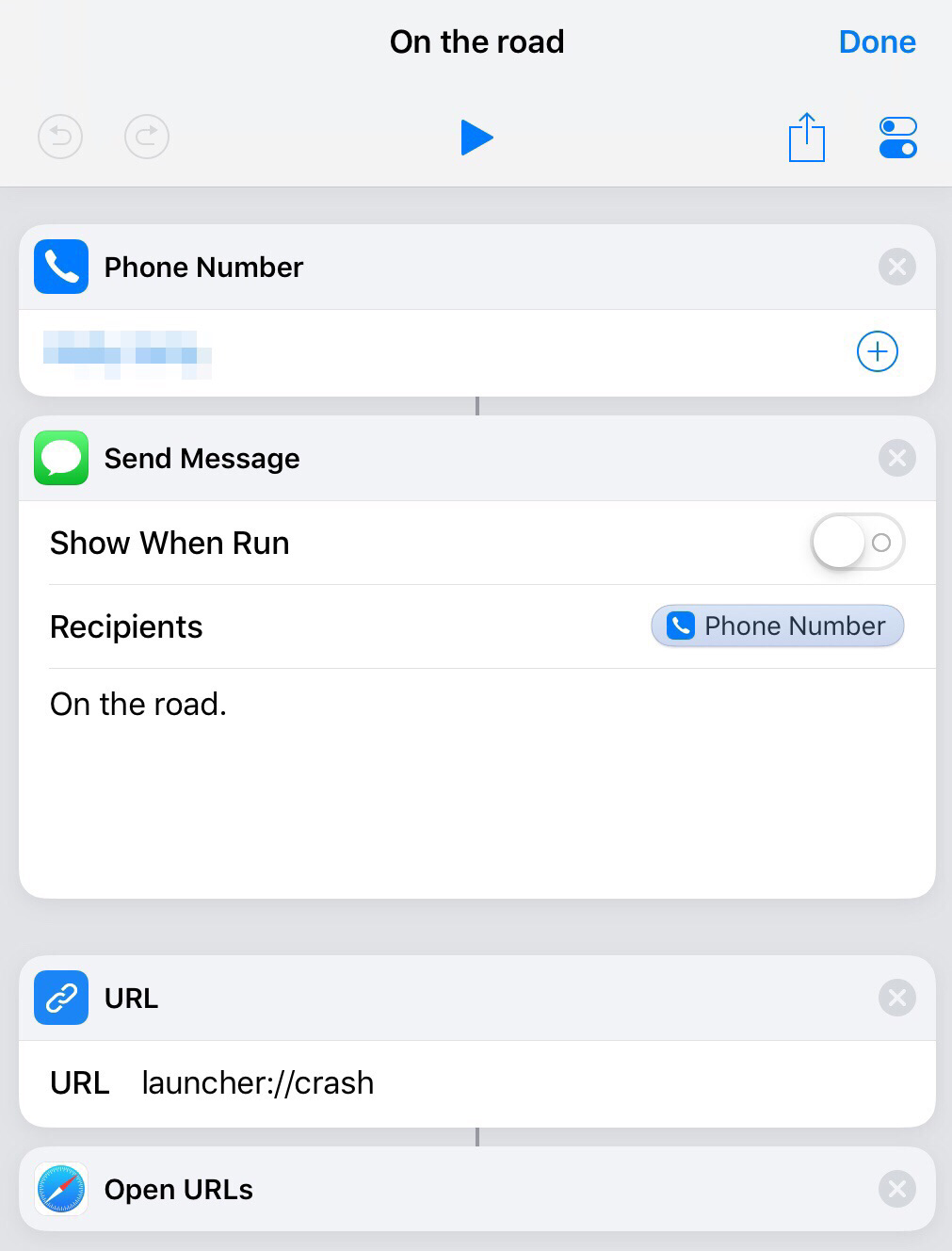 As I looked at how well this worked in Shortcuts, I realized this would work with my iOS automation work horse - Pythonista. Normally when you run a script in Pythonista you return to the console in the app. I wanted to have the same experience in Pythonista as I did in Shortcuts. Similar to the Shortcuts, you add a redirect URL to the end of the python script to open the Launcher URL.

To get this to work you need to add import webbrowser at the beginning of the a Pythonista script to include the browser module. Then at the end, or defined break in your script, include the line:

Now when a Pythonista script completes, the script will return me to my home screen. This trick to get back to the home screen is finally motivating me to explore some more intricate Shortcuts over my holiday break.