Like a lot of Apple fans, I watched the presentation by Tim Cook and Co. last Tuesday about Apple’s new fall product releases. The order that Apple presented their new products was absolute genius. 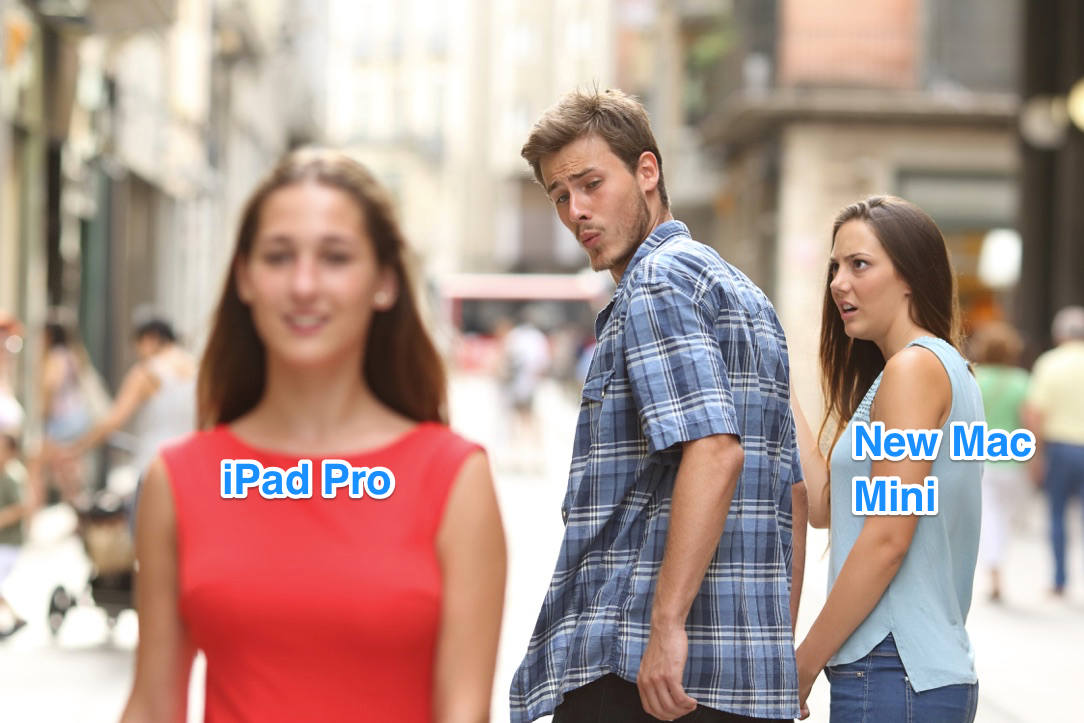 I’ve been working with an almost 2y old iPad and dual booting off my work laptop for the past 10 months. This is a situation I’d call less than ideal. The recent announcements by Apple have finally got me excited again. So for the past week I’ve been contemplating what I’d like to do to stop leeching off my work’s hardware and using an iPad that’s showing its age.

These are iterative improvements because any major changes require major changes to iOS and the entire interaction model behind app and window management.

Gabe also referenced a review by Thomas Verschoren that had a lot of the same feelings I had about the iPad. But I think his closing argument said it best.

They [Apple] need a more versatile OS. It’s an iPad. Not a bigger iPhone.

And I think that’s the part of the disappointment from Apple’s event. Apple gave us an amazing piece of technology, but nothing to make it stand out from the phone I have in my pocket. The specs of the new iPad Pro make it on par with some of the best equipment Apple is currently selling, but the new iPad is limited by iOS and the ways we interact with the the iPad.

But one extremely important category of devices will definitely not work: iOS does not support external storage. You can plug as many flash drives or hard drives as you want into the iPad Pro’s USB-C port, and nothing will happen. Apple says third parties can write apps to talk to external storage, but out of the box, this $1899 tablet simply won’t talk to a flash drive.

Those constraints are not just in the accessories but how we can interact with the iPad itself. I have a pencil for my iPad and I love to use it when the app I'm using treats the pencil as more than an expensive screen pointer. I know Apple wants us to move past the keyboard and mouse interactive paradigm, but do we really have one that’s so much better? When you look at the accessories available for the iPad, did you ever notice a lot of them are made to try and make the iPad look like a laptop? Case in point... my current iPad. 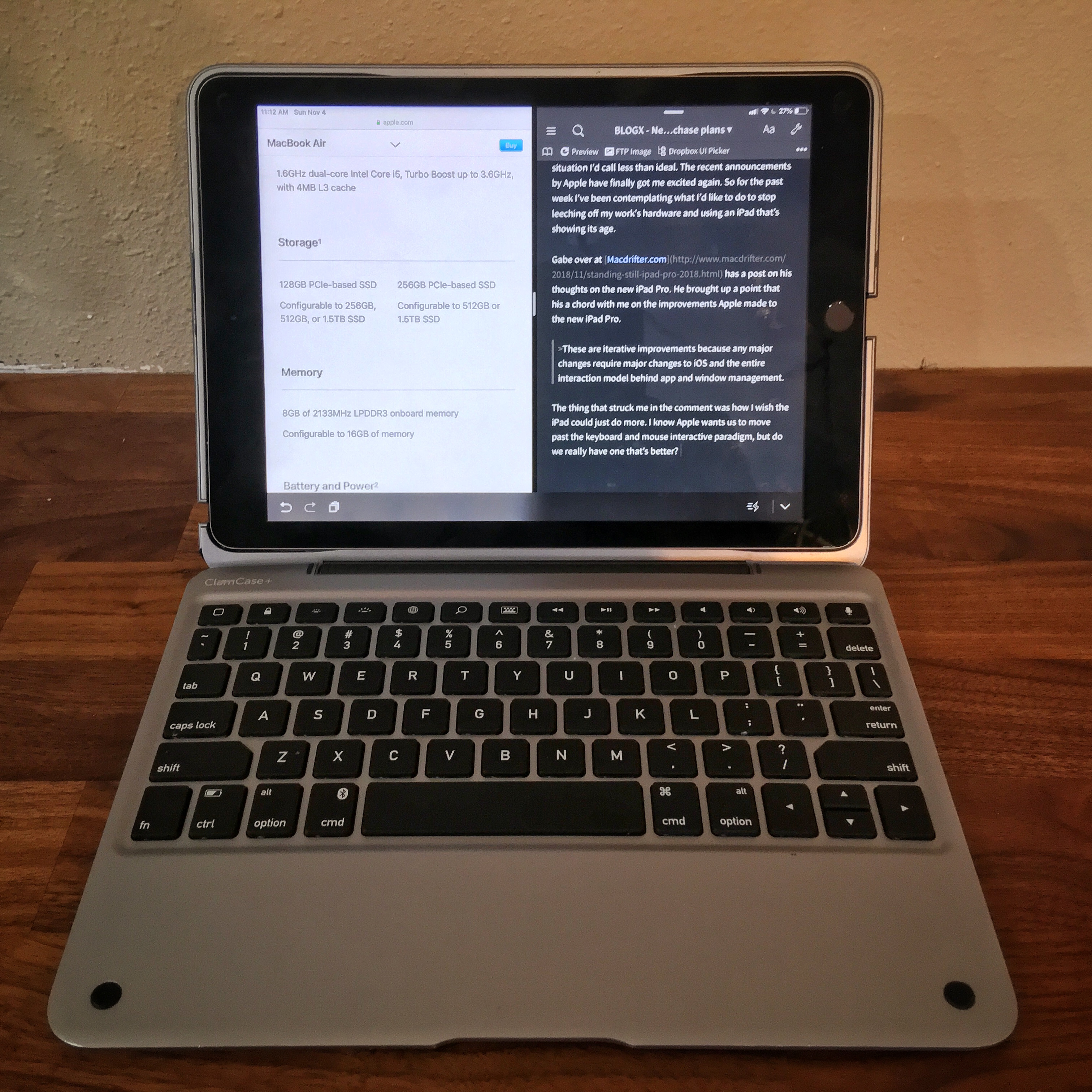 You know what I do about everyday with this setup? Put my fingers just below the spacebar to move a phantom cursor on my screen.

Here's what I'm hoping we'll see in the next 12 months from Cupertino:

Apple continues to amaze and frustrate me every time they have a reveal session like this. I think the iPad Pro is on the right track to be an amazing mobile work device.